In 2016, pianist Kris Davis recorded Duopoly, a collection of duets with eight colleagues: reeds players Tim Berne and Don Byron, guitarists Bill Frisell and Julian Lage, drummers Billy Drummond and Marcus Gilmore, and fellow pianists Angelica Sanchez and Craig Taborn. Each pairing recorded one composition and one free piece. Subsequently, Davis and Taborn undertook a US tour of 12 cities and composed new music for the occasion. The gigs were recorded, and the highlights are preserved here. Two Davis compositions – “Ossining”, named for a town in upstate New York, and “Chatterbox” – are heard, along with versions of Carla Bley’s “Sing Me Softly Of The Blues” and Sun Ra’s “Love In Outer Space”, while Taborn brings in three small figures he labels “Interruptions”, and which are used for exactly that. They disrupt the flow of the music, sending it in surprising new directions that keep both players and listeners on their toes.

At times, it’s easy to know who’s doing what. Davis has a fondness for prepared piano that manifests strongly during “Ossining” – her keys sound muted, plinking rather than ringing out, like someone tapping a ceramic implement on a granite countertop. Taborn plays short, staccato figures to match her energy, but his actual sound is still fuller and more alive than her sharpened bone percussives. During “Chatterbox”, the two lock in with each other, releasing high speed figures that sound like one organism conversing with itself. The version of Bley’s “Sing Me Softly Of The Blues” segues into “Interruptions Two” with deceptive smoothness, dual keyboard flurries gradually replaced with individual notes from Davis like water dripping from a cave ceiling, as Taborn strikes booming chords, occasionally punctuated by a brief, ominous trill. It’s almost horror movie music.

“Love In Outer Space” closes the album with a soft, romantic feeling, the tenderness of the music (which starts out with Taborn alone) augmented by the room sound, which is simultaneously wide open and intimate. Throughout this nearly hour long collection, the creative relationship between Davis and Taborn reveals depths and intricacies, while remaining simple and emotionally potent when that’s what’s called for.

Ms. Davis and Mr. Taborn are two pianists with an ear for stark clarity and unflinching abstraction. Each is the kind of player whose presence is reason enough to go see a gig: They can hold an entire band together, then throw its bone structure apart with a flick of the wrist. On Friday they released “Octopus,”a collection of duets recorded on tour in 2016. The pair ventures often into free improvisations: playfully dyspeptic, scattered, opaque. But on “Love in Outer Space” — a Sun Ra classic that Mr. Taborn keeps in regular circulation with his quartet — the six-beat, Middle Eastern plod grows only more hypnotic over the course of the nearly eight-minute performance. Toward the end, a high note starts tolling in a rusty chime; that’s Ms. Davis’s piano, prepared with a bit of metal clipped to a high B-flat string, rattling like a beacon or a tin heartbeat. G.R.

Live recordings of the jazz piano duet offer insights into the roots of the players’ technique. 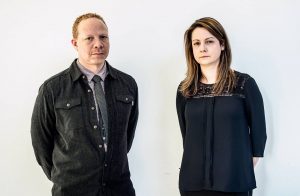 Piano duet recordings are rare in jazz compared with trios or solos, yet they offer huge rewards. A duet of artists with contrasting styles—say, Chick Corea and Herbie Hancock or Cecil Taylor and Mary Lou Williams —enables listeners to find surprising common ground between the performers and appreciate the idiosyncracies more. Duets pairing pianists with similar approaches—as on the albums featuring Hank Jones and Tommy Flanagan or the one with Muhal Richard Abrams and Amina Claudine Myers —offer insights into the roots of their technique and often take listeners into unexpected sonic territory. The latter is the case with “Octopus” (Pyroclastic, out Friday), a splendid document of live recordings featuring pianists Kris Davis and Craig Taborn.

With their lean, restrained and abstract music, both Ms. Davis and Mr. Taborn often remind me of the painter Paul Klee in their embrace of the modern trends that recently preceded them. In addition, their style is bright but not sunny, like the flavor of a Sancerre. “Octopus” consists of two compositions by Ms. Davis, three by Mr. Taborn, and two covers—the Carla Bley jazz standard “Sing Me Softly of the Blues” and Sun Ra’s “Love in Outer Space.” The recording opens with Mr. Taborn’s “Interruptions One,” a spare, lyrical piece in which both pianists skillfully interact with silences as capably as they do with each other. The proceedings heat up a little on Ms. Davis’s “Ossining,” which is named for the town in the Hudson Valley, a region where she and many other musicians now live. The pace quickens and each pianist layers cluster over cluster, with Ms Davis playing prepared piano in parts to exhilarating effect. Their reserve gives Ms Bley’s composition a wistful air; they find a soulful edge with the music of Sun Ra.

“Octopus” is compiled from concerts in Ann Arbor, Mich.; Columbus, Ohio; and San Diego, when the duo toured following the Ms. Davis’s 2016 album, “Duopoly” (Pyroclastic), which featured duets with Mr. Taborn and such other jazz luminaries as guitarist Bill Frisell, clarinetist Don Byron and saxophonist Tim Berne. One stop on the tour, at the Kennedy Center in Washington, can be found on YouTube, and the variance is instructive. There are elements of the compositions found on Octopus, but many are taken in substantially different directions. Both pianists are restless improvisers with enormous arsenals of ideas.

Mr. Taborn, who is 47 years old, has had notable sideman gigs with saxophonists Roscoe Mitchell and Chris Potter as well as bassist Chris Lightcap, but his recent work as a leader on three recordings for ECM has solidified his reputation as one of the leading pianists in jazz. Ms. Davis, who is 38, has been a standout in bands led by bassist Michael Formanek, drummer Terri Lyne Carrington, saxophonist Ingrid Laubrock and others; she leads the acclaimed quintet Capricorn Rising and several other bands. She will perform nightly in various configurations at The Stone in New York from Jan. 23-28.

Ms. Davis and Mr. Taborn, as well as many of their contemporaries, are elevating jazz beyond the limiting continuum of accessibility and abstraction. Long rhythmically intense stretches of “Octopus” are easy to grasp, yet so too are the austere sections. It’s music that is defining its own terms rather than shoehorning itself into categories like tradition and avant garde. The audience gets it; the enthusiastic ovations that punctuate the recording border on ecstatic.

—Mr. Johnson writes about jazz for the Journal

Two-piano albums are relatively rare in jazz (or any other music), but often interesting. Cecil Taylor made one with Mary Lou Williams that’s like two rams charging at each other headfirst. This record, featuring Kris Davis and Craig Taborn, is significantly less combative. In 2016, Davis made Duopoly, a collection of duets with Tim Berne, Don Byron, Bill Frisell, Julian Lage, Billy Drummond, Marcus Gilmore, Angelica Sanchez, and Taborn. Once it was out, Davis and Taborn toured together, and recorded the gigs. “Ossining,” named for a town in upstate New York, is a Davis composition. She’s using a prepared piano that sounds weirdly muted, with almost no reverb to it at all. Her notes sound like someone tapping a metal rod on a granite countertop, and she sticks to an almost maddeningly steady rhythm, ticking like a machine. Taborn plays little burbling figures that match her mechanical/twitchy energy, but with a fuller piano sound. The effect is like watching a robot dance while listening to a gentle autumn rain hit the window. 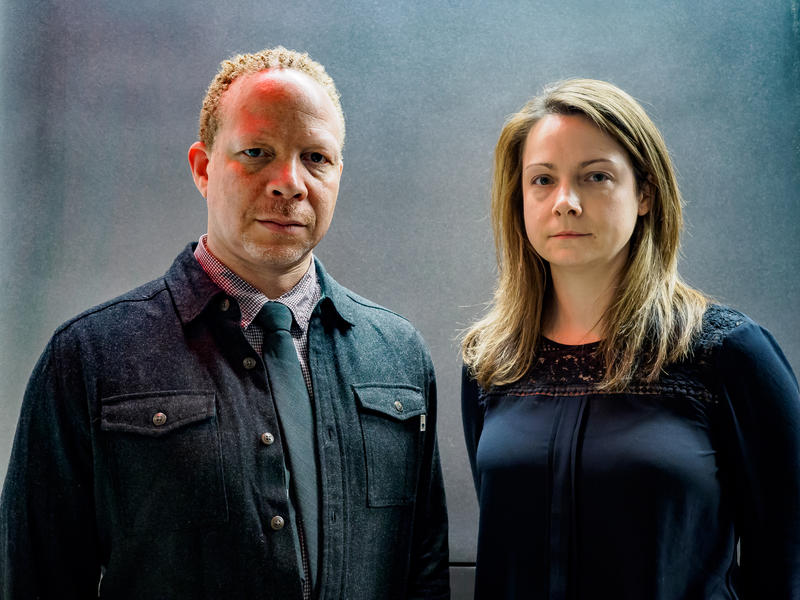 The conversation unfolds in an urgent quietude, signals blinking in the dark. These are the protocols of “Love in Outer Space,” a ballad by Sun Ra, as reimagined for two pianos by Craig Taborn and Kris Davis. It’s the closing track from Octopus, a mind-meld of an album arriving Sunday on Davis’ label, Pyroclastic. Featuring the two virtuoso pianists on a recent concert tour, it’s a vibrant study in morphing color and contingent texture, and in every sense a brilliant meeting. The crystalline pointillism at the outset of the track gradually gains rhythmic traction — and don’t miss the layers of detail that start accumulating around five minutes in.

There are times when the criss-crossing lines and rumbling full-piano chords captured on this dazzling live piano duet do indeed conjure a single creature with many arms. Even when playing at full stretch, pianists Kris Davis and Craig Taborn deliver the control and sense of purpose of a single intelligence.

The album opens gently enough with Taborn delivering the scattered notes and harmonised cadences of his compositional fragment “Interruptions One”. A short silence signals the theme is complete, and acts as a cue for Kris Davis to join the fray. As the piece progresses, notes scamper to the upper range over low register rumbles while lightly voiced chords and forceful tremolos add texture and bite. As the improvisation fades with a gracious lilt of interlocking rhythm, it is hard to tell the pianists apart.

The sparse interplay of Davis’s “Ossining” comes next, and here the composer’s stark prepared piano gives us a clue: her deadened notes and tick-tock rhythms clearly contrast with Taborn’s loops and fancies. But when the pianists go at it hammer and tongs and riotously swap clusters, thumps and rumbles on Davis’s well-named “Chatterbox”, distinctions fade.

The duo present two covers. The first, Carla Bley’s delicate “Sing Me Softly of the Blues”, builds to a peak before segueing seamlessly into the steady tempo and sturdy single-note lines of Taborn’s “Interruptions Two”.

The second, an elegiac reading of Sun Ra’s “Love in Outer Space”, closes the album. Here, core differences are at their clearest as Taborn’s percussive bell-like tones and rococo lines complement Davis’s nuanced voicings and lyrical ripples with an impressive sense of common cause.

Such mutual understanding does not come overnight. The tracks on this album were culled from a 12-date US tour, while Davis and Taborn delivered the highlight duet on Davis’s well-received 2016 Duopoly album. Quite a feat given the likes of guitarist Bill Frisell and saxophonist Tim Berne were also featured.