A world-renowned jazz pianist and composer, Davis has been praised by The New York Times, JazzTimes, and DownBeat. 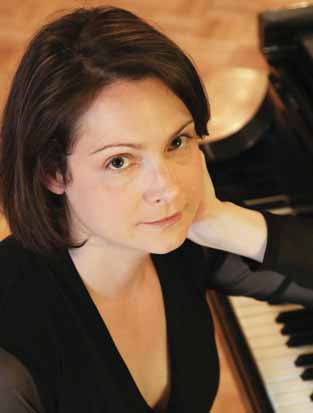 Acclaimed jazz pianist and composer Kris Davis will join the Berklee Institute of Jazz and Gender Justice this fall. – Image by Mimi Chakarova

This fall, acclaimed jazz pianist and composer Kris Davis will join the Berklee Institute of Jazz and Gender Justice as associate program director of creative development. She will assist in teaching composition and contemporary improvisation courses for the institute, and develop programs and events related to gender parity in jazz.

Originally from Vancouver, Canada, Davis has been based in New York City for the past 18 years. Fluid within multiple musical idioms, she has made an indelible mark on the New York creative music scene and in the global jazz community over the past decade. Davis began studying classical piano at age 6 before discovering her love of jazz in her teens through the music of Herbie Hancock and Keith Jarrett. She studied jazz at the University of Toronto, where she developed a foundation in performing and composing traditional jazz music. After moving to New York, Davis began a lengthy and acclaimed recording and composition career, blending elements of jazz, free improvisation, and contemporary classical music.

Since 2003, she has recorded and performed with artists such as John Zorn, Bill Frisell ’77 ’17H, Tyshawn Sorey, Eric Revis, Julian Lage ’08, Ingrid Laubrock, Craig Taborn, Ambrose Akinmusire, and Terri Lyne Carrington, the institute’s founder and artistic director. Davis has appeared at Berklee to perform and speak several times, including at the institute’s opening festivities last fall and at the Gathering, a series on gender equity. Her performances have been praised by outlets such as The New York Times and JazzTimes, and DownBeat named her a Rising Star–Jazz Artist in 2018.

“I’m elated to welcome Kris Davis to the Berklee Institute of Jazz and Gender Justice,” said Carrington. “Kris has made a tremendous impact on the music scene and truly embodies the spirit of jazz innovation—understanding its history while moving the music forward. I know she will make an important and lasting impression on her students and the Berklee community through her work and teachings.”